The Autobiography of a Language 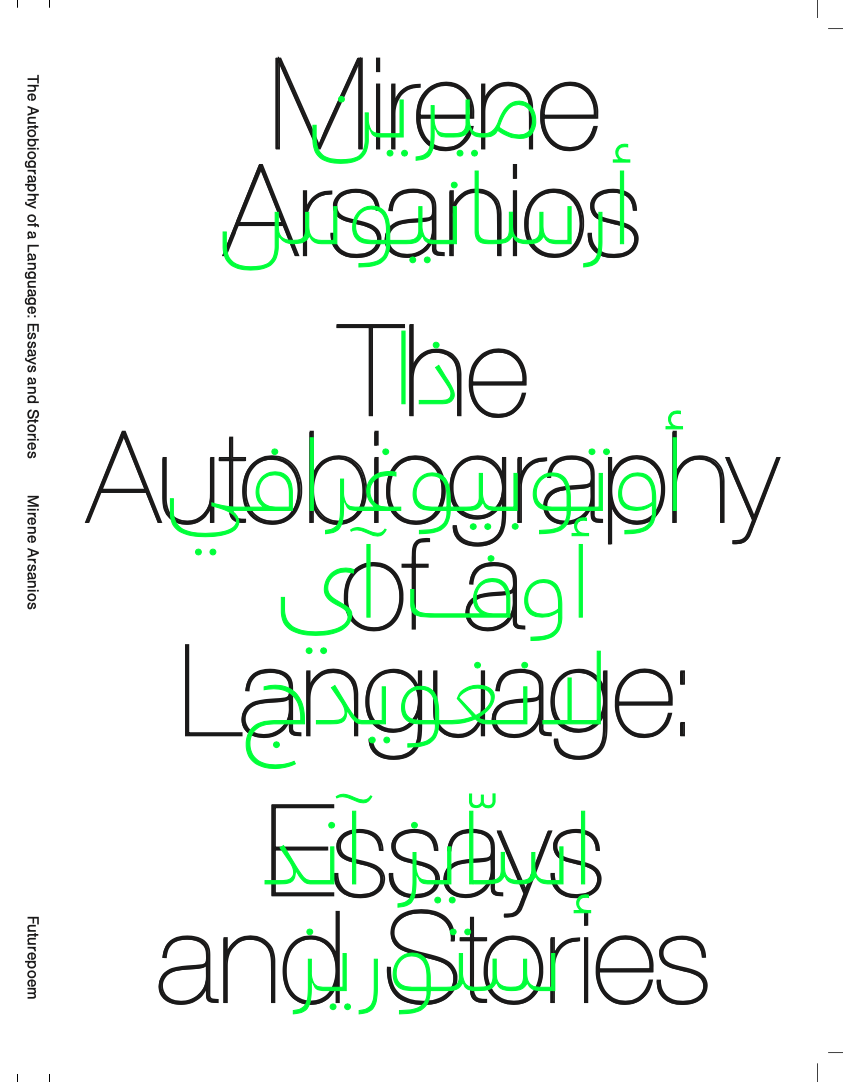 Praise for The Autobiography of a Language

"Here the mirror image of the almost hallucinatory, heart-rending loss of the familiar is literary defamiliarization. Arsanios both mourns and blasts apart the notion of the mother tongue, reminding us that for each “mother tongue” at least another tongue is silenced. Desire propels her genre-defying writing, which grief notwithstanding still manages to tongue languages, and that is her genius."
— Mónica de la Torre

"A language wants to live, to claim kin beyond the bounds of blood and soil. Diving into the wreck of filiation, it recovers a story in fragments — an autobiography that shelters other lives while probing its own syntax of bereavement. Mirene Arsanios’s finely sculpted prose is fiercely situated. With devastating candor, it draws us into a thinking process that lays bare some crucial articulations of the present: the transactional nature of care, the relation between language and sex, the space between mourning and giving birth, what class does to the body, and what grammar is unable to accommodate. Between remembrance and dreamwork, every passage brims with exhilarating detail. This is some heady, magical materialism."
— Omar Berrada

"What if one’s mother tongue is but a crushed tower of Babel? From which of its ruined fragments can a literary voice emerge? The Autobiography of a Language neither assembles a life story nor seeks a fashionable hybrid identity. Rather, through traces of languages in motion, the author captures the guilt of being a writer more than a mother’s daughter, the intersections between mourning a father and giving birth to a son. In brilliant prose, Mirene Arsanios formulates a new mother language despite the absence of a mother tongue, one capable of both love and cruelty."
— Iman Mersal

The Autobiography of a Language

The Autobiography of a Language is now available for pre-order!

— Link to the published text